Video-essayist and author Lindsay Ellis, following an absence during the release of her novels Axiom’s End and Truth of the Devine, has published an extensive Nebula Original video-essay about the film series which first ignited an interest in filmmaking in her younger self; that being Peter Jackson’s The Lord of the Rings.

It’s rare that series of novels so dense and in need of culling be adapted into a film series which, by any realistic measure, has satisfied newcomers and fond readers alike. Prospective screenwriters should interrogate how exactly Jackson trimmed the doorstoppers down to the essential and the cinematically viable with at least a modicum of the dedication the director (along with Fran Walsh, Philippa Boyens and Stephen Sinclair) spent in their work. Luckily, Ellis has provided a significant head start.

The first of a promised series, Ellis spends roughly 50 minutes on the Lord of the Rings trilogy, though don’t come in expecting an account of every poem dropped. This is no cheap listicle of superficial changes, but an insight into the sort of tightening, highlighting, tweaking and revision that goes into producing involving entertainment. 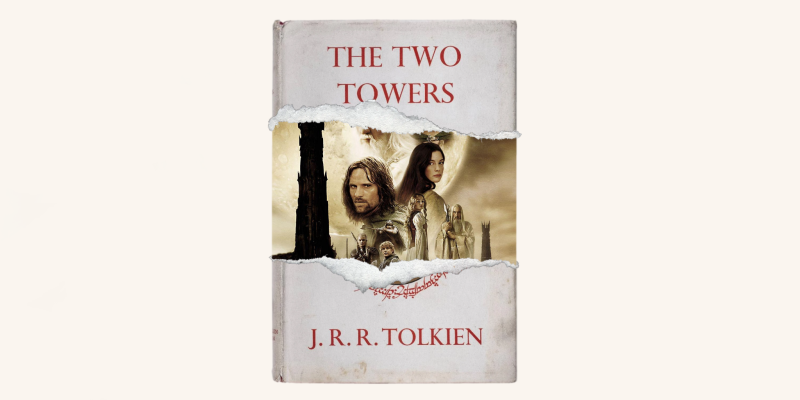 The Fellowship of the Ring remains most faithful to its source. That source starts as an interesting peculiarity among the books, since Tolkien began on the series by writing them sequentially. This means that early on, Fellowship has a distinctly The Hobbity flavour, a fact which handily helps to explain Tom Bombadil. Episodically extraneous characters of this nature are the easiest to excise, though Fellowship’s greatest alterations come in the form of combining characters to preemptively strengthen the roles of characters who will go on to be developed in the subsequent films. Glorfindel is a name that will be unfamiliar to those who haven’t read the book; this is because the screenwriters handed his most significant contributions to the narrative over to Arwen.

The Two Towers, by contrast, required the most significant alteration (a move the filmmakers probably felt would go over better once the first film had crossed a cool billion dollars in earnings), as a result of the novel’s heavy emphasis on a segmented narrative, the story thread following remnants of the fellowship comprising one half of the novel, Frodo and Sam’s march the other.

Cinematically, and honestly, just dramatically, intercutting these plots was a must. The remnants of further attempts to involve Arwen are present: Liv Tyler’s presence during the battle at Helm’s Deep was first added to the narrative, before being cut from the final film. This illuminates the curiously unmotivated Elven presence during the battle, obviously not a fixture in the novel. The Ents take a battering as well.

Ellis has a few choice words concerning the attempts to wring conflict out of the significantly less dramatic Frodo and Sam portions of The Return of the King. The writers’ go-to move was to turn Sam’s resentment and violence towards Golem up by several notches to further strain the relationship between the loyal Sam and understanding Frodo. Have to separate them in exciting fashion somehow, I suppose? Ellis here finds the film series’ highest highs and lowest lows.

The video goes into a fair amount of depth about the purpose and effect of such changes and is available to watch via the Nebula streaming platform.

How They Adapted The Lord of the Rings