Charlie Kaufman’s Adaptation is an adaptation about adaptation, whereas Susan Orlean’s The Orchid Thief, is about adaption. Or, maybe not. Really, The Orchid Thief is a factual chronicling of Orlean’s fascination with plant dealer John Edward Laroche and his consuming obsession with finding and cloning an ultra-rare ghost orchid. This mission gives Orlean an insight into true passion.

For one reason or another, a Hollywood studio optioned the rights to the book, and hired the less-than-conventional Charlie Kaufman to write a conventional adaptation thereof. Kaufman’s subsequent writers’ block was folded into the narrative of his screenplay, until the final film became a sort of ouroboros fictionalizing Kaufman’s process of fictionalizing Kaufman’s process of fictionalizing Orlean’s experiences into a satisfyingly actionable Hollywood drama replete with sex, drugs and a violent chase to cap things off, all elements which finally applied to the film. The real one, that is. 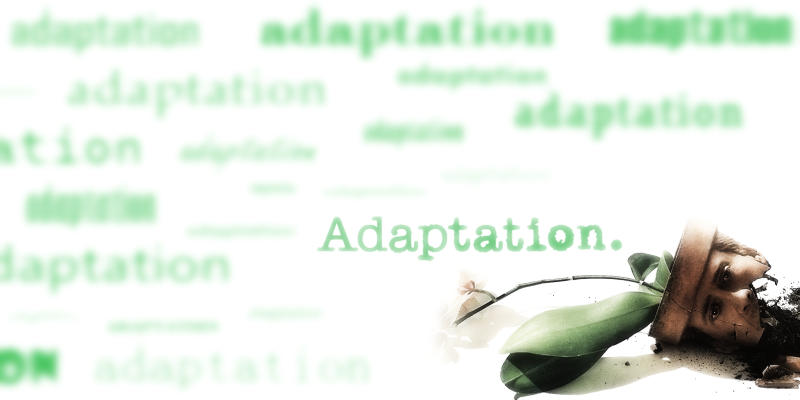 Six years later, November 1st 2008, Susan Orlean introduces a screening of the film at Alamo South Lamar, recalling her evolving relationship to Kaufman’s “adaptation”. It is, doubtless, a funny story, beginning with her misgivings during the writing process over its inflexibility for Hollywood purposes (the very predicament at the heart of Kaufman’s script). She rightly concluded that conventional drama could not be drawn from it.

After a preemptively boozy lunch with her agent, Orlean was handed the script. A script in which she appears. In an affair with Laroche. And abusing drugs. And on a porn-site. And in Kaufman’s sexual fantasies. And so on. Uncomfortable with her portrayal and unmoved by arguments that the other real-life figures involved had given the go-ahead, Orlean put her foot down, and requested that her name be altered for the final release, and was only swayed by two factors: the total lack of censorship with which Kaufmann portrayed himself, and the obvious fact that the interplay between factual and fictional events and characters was fundamental to the nature of the beast. She recognized that the filmmakers were determined to make something special.

Upon seeing the film’s rough-cut, Susan (a Cleveland native) gave her approval on one condition: Don’t show it in Ohio. Her chief concern was that audiences would be unable to make a distinction between the real and false story elements. And yet, she found that somehow the movie had adhered to the spirit of the book more than a straight adaptation would be capable of. She explains that the “brilliant part”, which unnerved her, was that Charlie unearthed themes which were not explicit in her novel. It had been written at a difficult point in her life, a fact she hadn’t grappled with herself. She was rattled by the fact that Kaufmann seemed to have gleaned all of that, as qualities emerged that she hadn’t completely gotten a grip on herself.

The Orchid Thief is about Susan being drawn by the prospect of understanding people who are totally consumed by a singular passion. People whose worlds are governed by however they temper their yearning. The book offers no easy answers, nothing in the way of a conventional structure or delivery. Still, Kaufmann desperately wanted to do justice to the story. He did so the only way he knew of.

We have Orlean to thank for the film, in more ways than one.